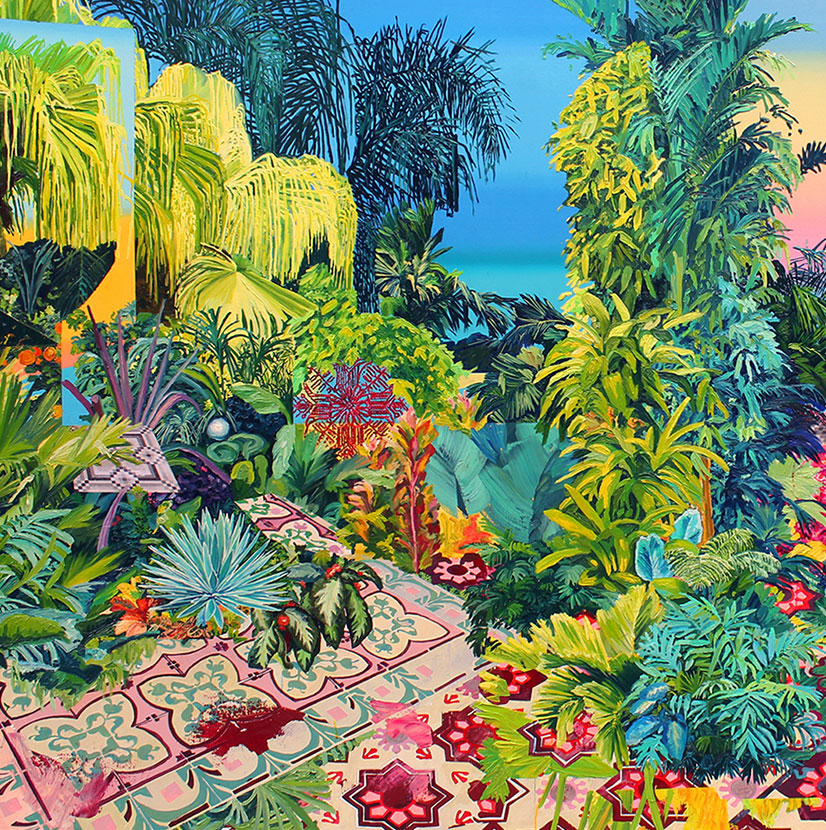 Alejandra Atarés’ work consists of a superposition of interconnected layers that simultaneously reveal portions of reality which in turn become imaginary when juxtaposed.

Alejandra Atarés (b. 1987) studied Fine Arts at the University of Barcelona and completed her studies at the University of West England in Bristol and at the Massachusetts College of Art and Design in Boston. Atarés is currently living in Barcelona where she has focused her artistic production on painting and consolidated her career as a painter. She has displayed her work in various solo shows at the Galeria Balaguer in Barcelona (2013), the Galería A del Arte in Zaragoza (2017) and at the Galería Victor Lope in Barcelona (2018), as well as participated in several group exhibitions and fairs such as the Miami Beach Scope 2017, the Art Karlsruhe 2016 in Germany, the Swab Barcelona and Art Madrid in Spain.

Alejandra Atarés’ work consists of a superposition of interconnected layers that simultaneously reveal portions of reality which in turn become imaginary when juxtaposed. Her style is evidence of a refined technique and contrasted palette. In both her pictorial series of back portraits and her jungle or desert landscapes, Atarés skillfully combines elements such as cacti and floor tiles with subjects like Rihanna or Katy Perry in wild natural surroundings or purely fictitious settings. These discordant scenes produce a strange sensation: one that correlates a sense of familiarity and beauty – as if plucked out of a social media post – with a context it does not belong to. The esthetic experience created by these contrasts and appealing tensions in Alejandra Atarés’ art work are bound to provoke effervescence in the spectator’s mind. 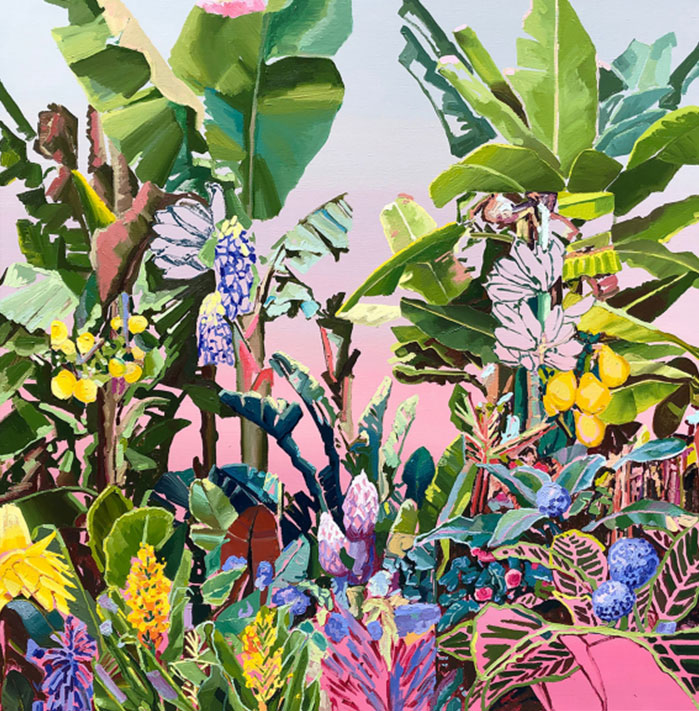 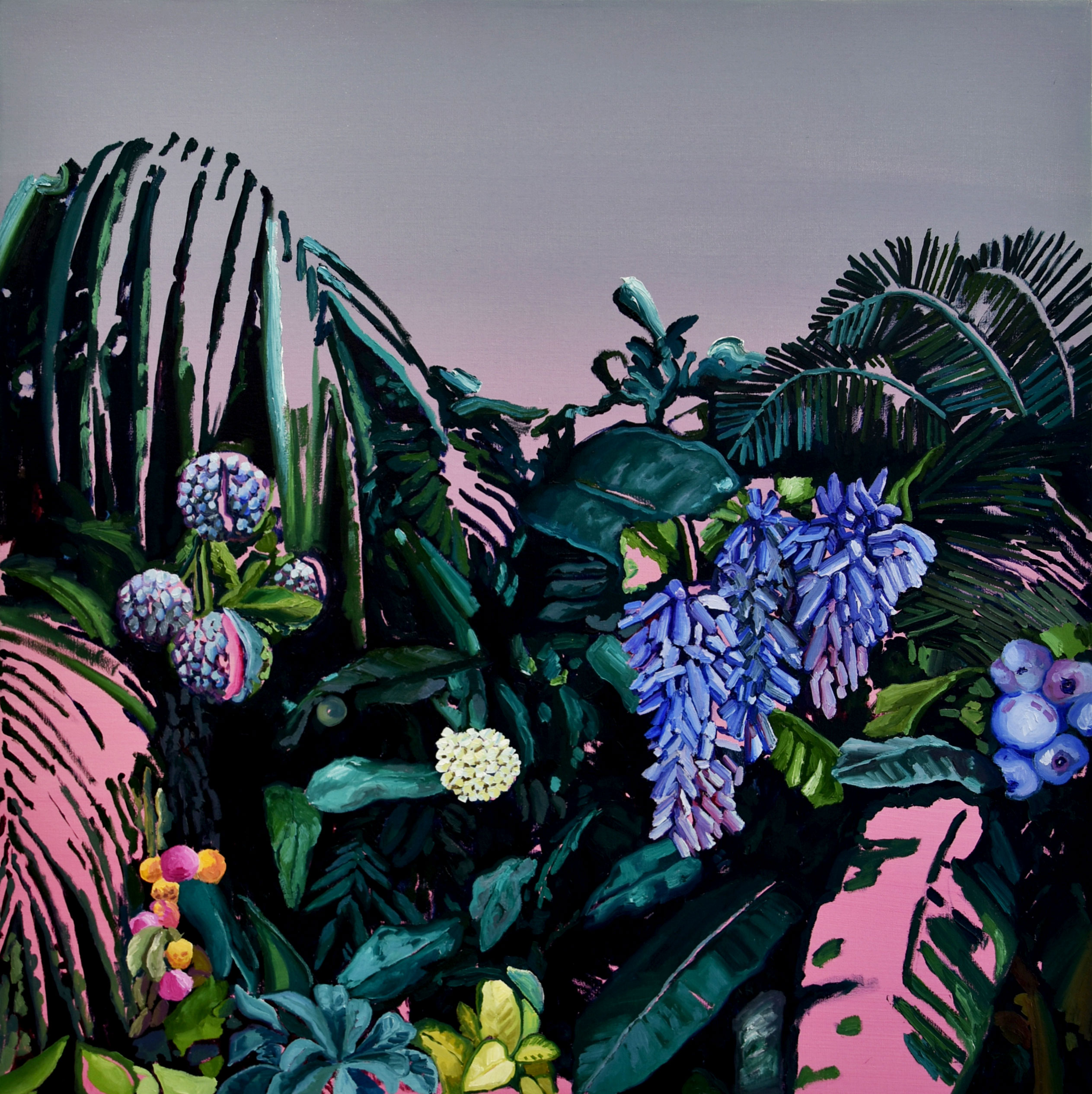 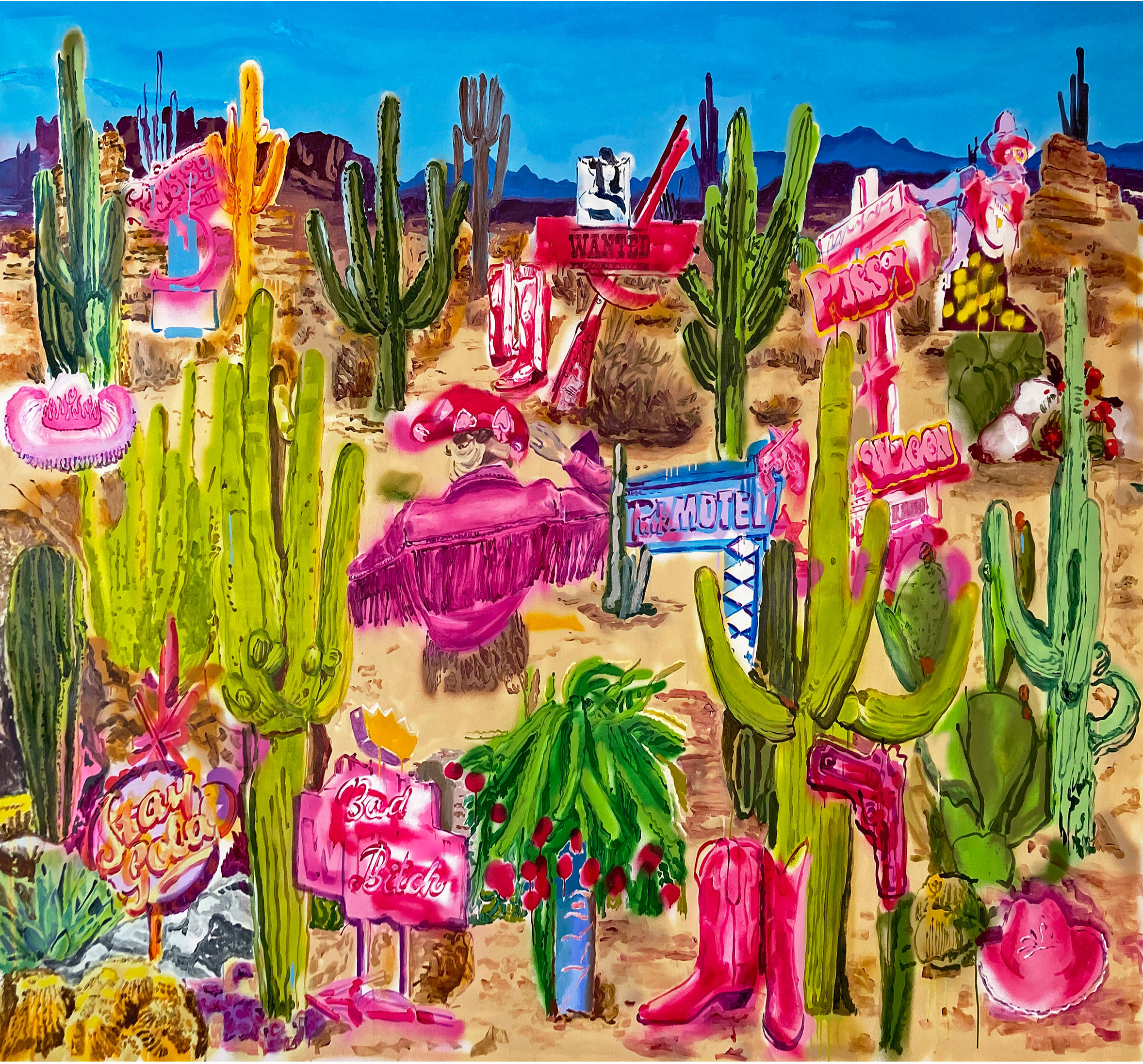 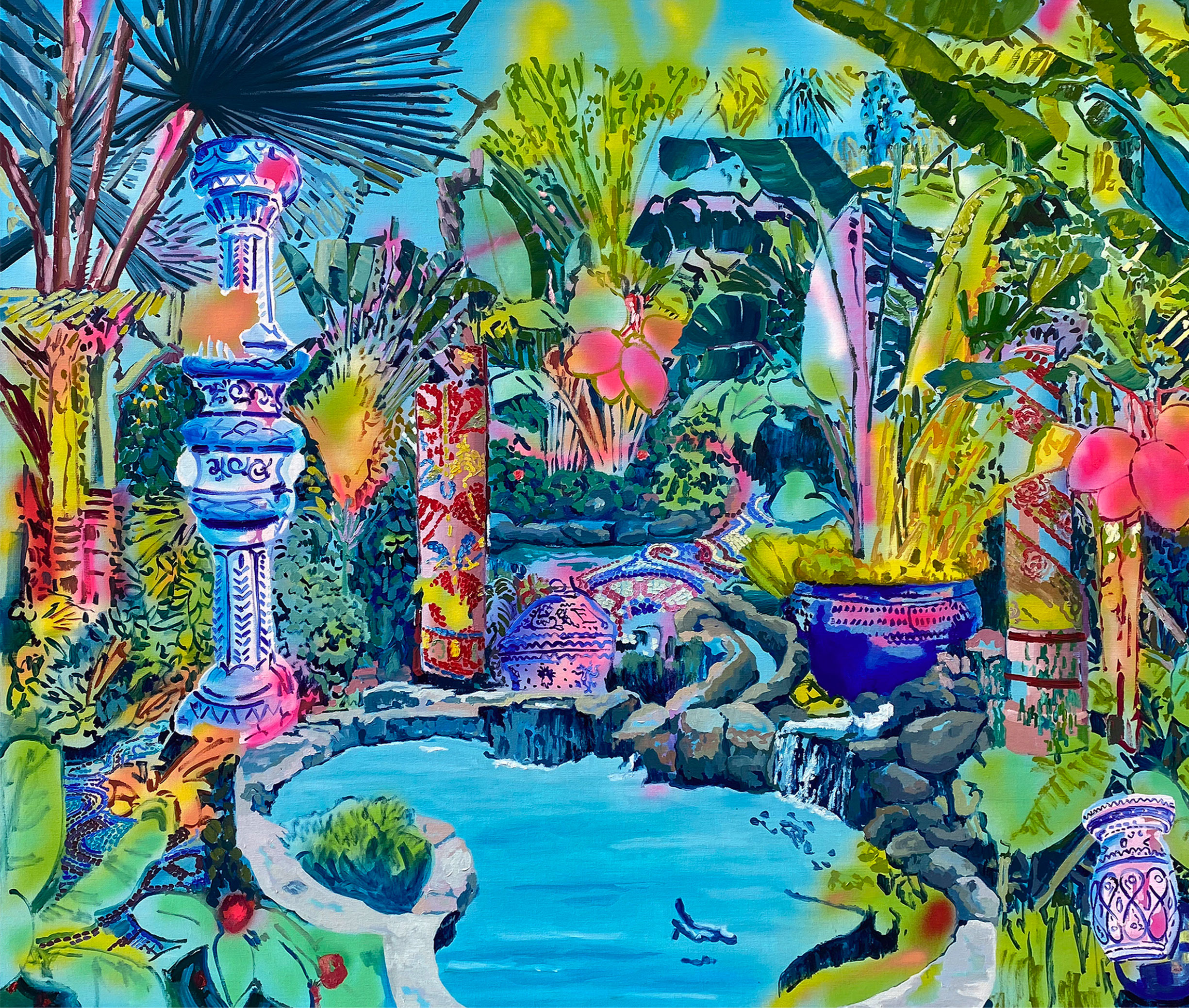 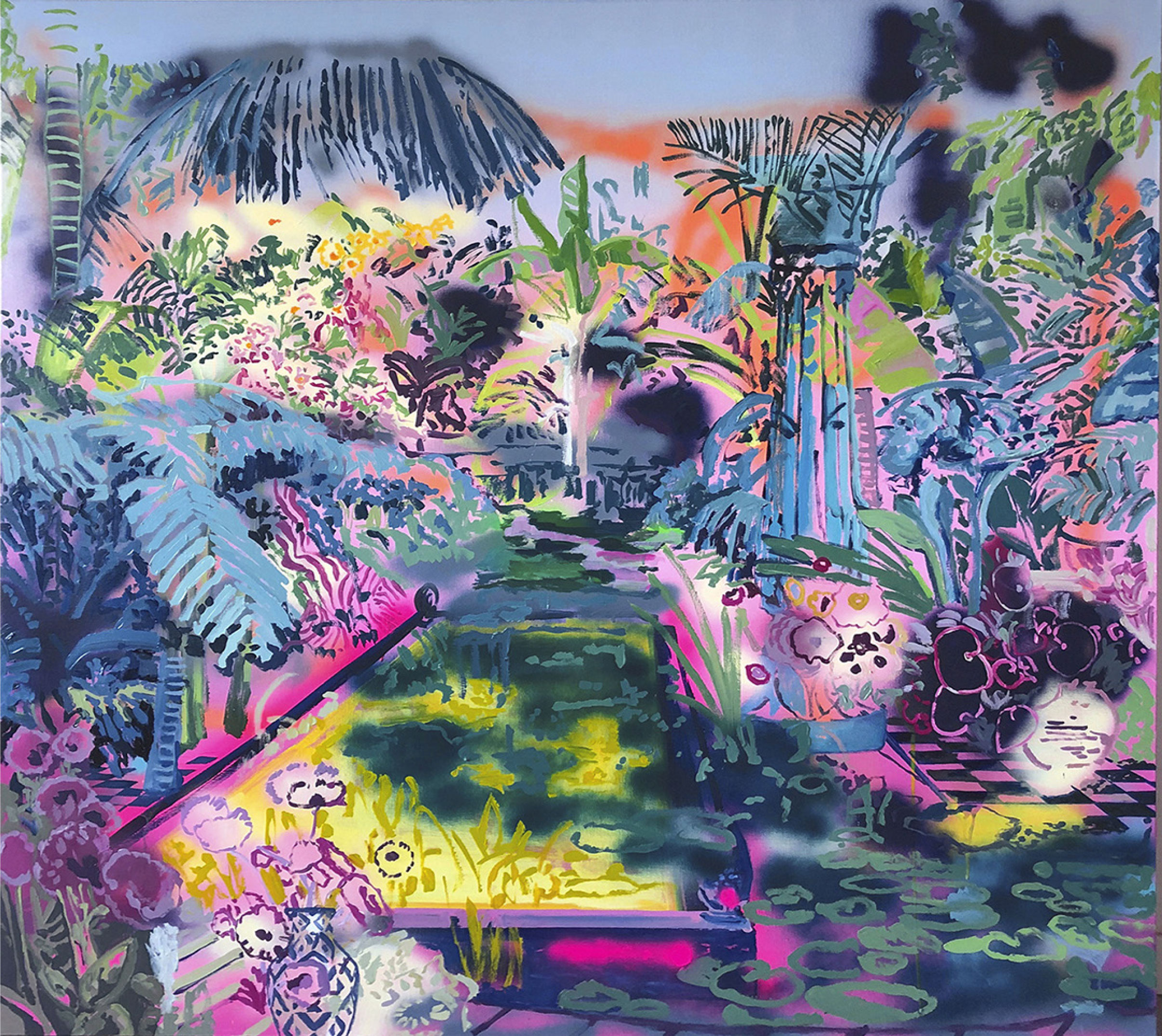 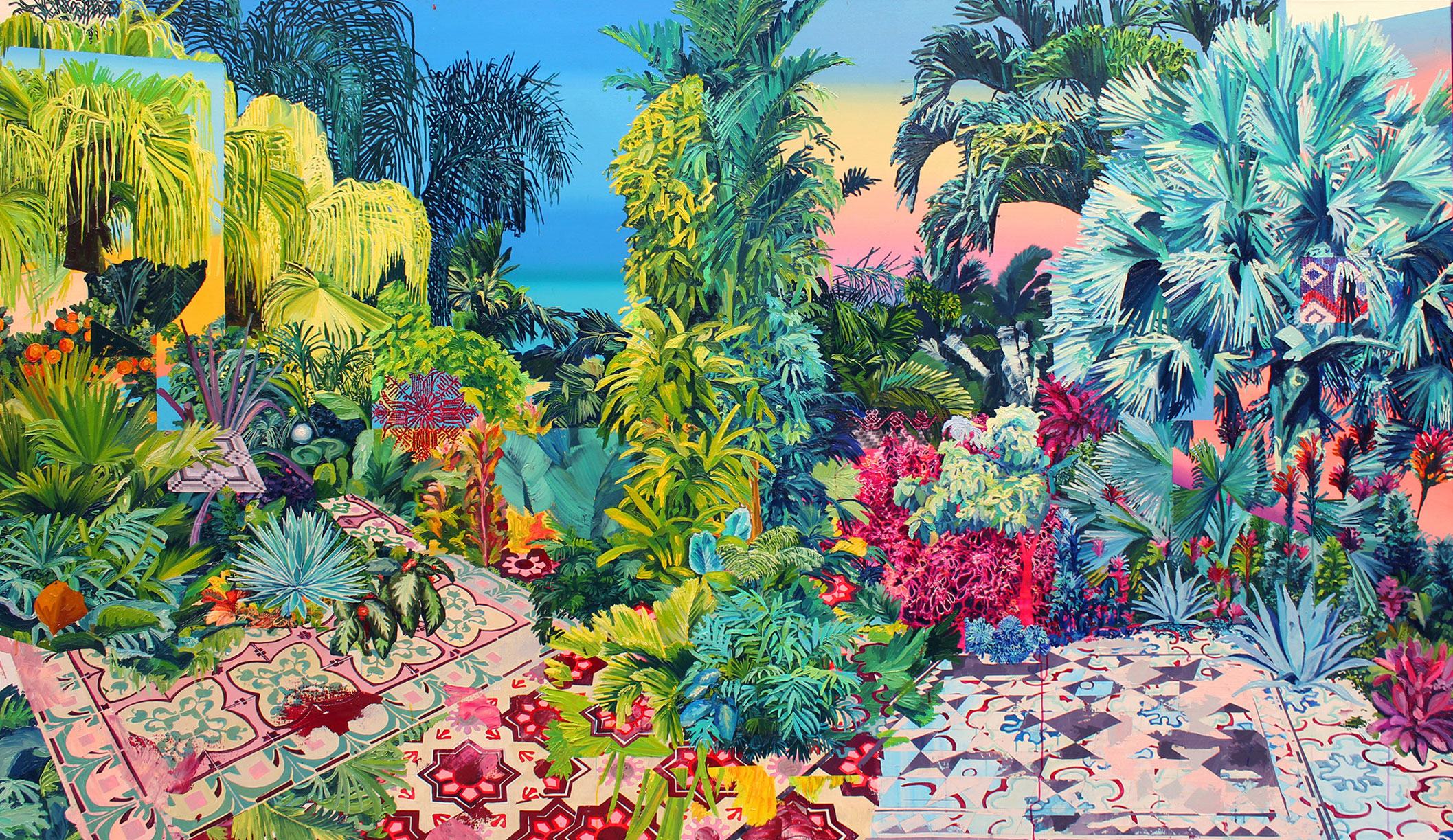