Kapezanou makes an unpredictable shift, from her impeccable directing with tableau vivant techniques and photorealism to a more sensitive, tender, and discreet form in its meanings.

Skin, female curves, beasts and nudes, deify the power of female encouragement in Kapezanou’s world, removing the male figure and presence that we observed in her previous works. The artist reveals to the art-loving public another aspect of her artistic talent, maintaining her technically excellent painting qualities, incorporating collages but also presenting for the first-time ceramic sculptures. 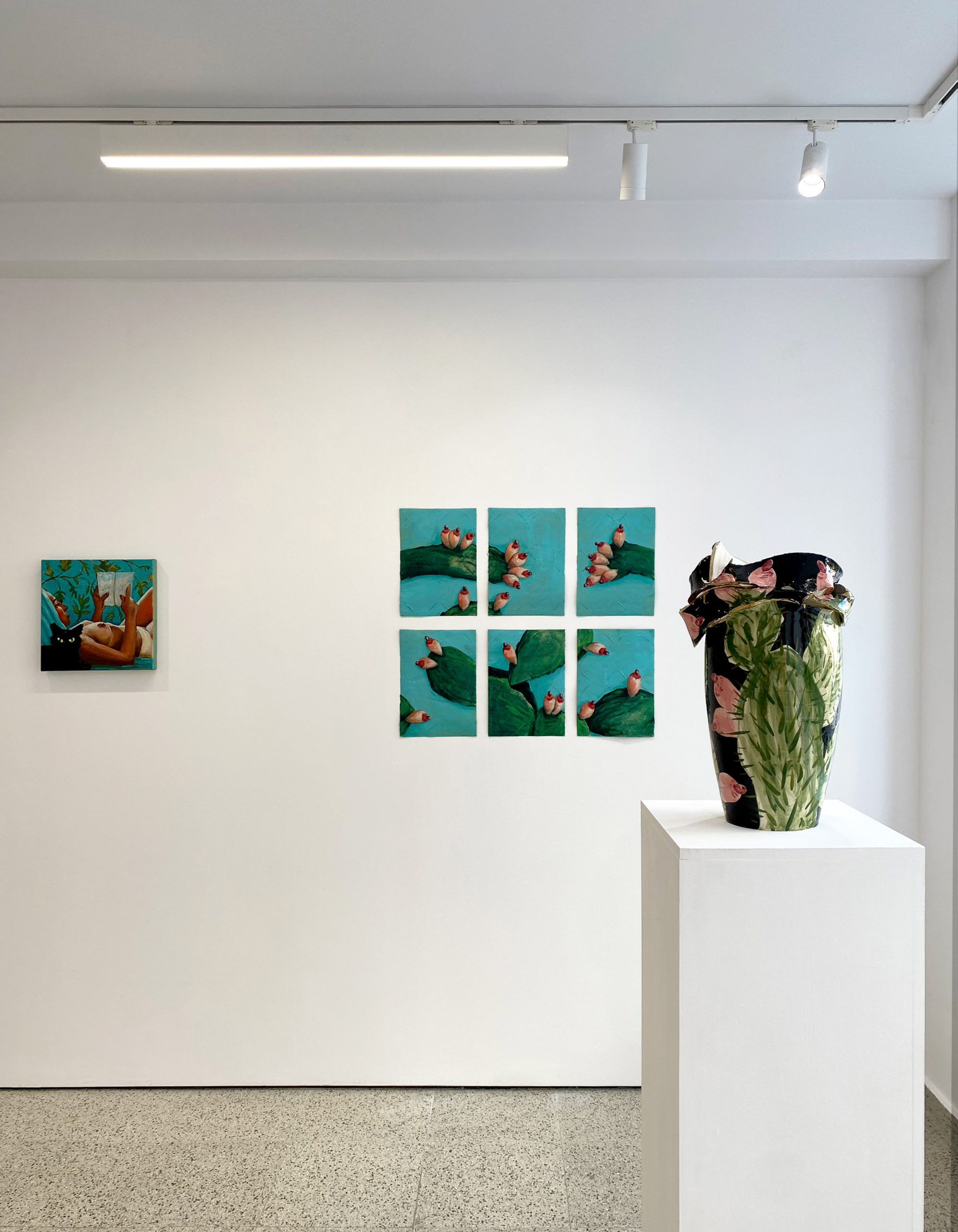 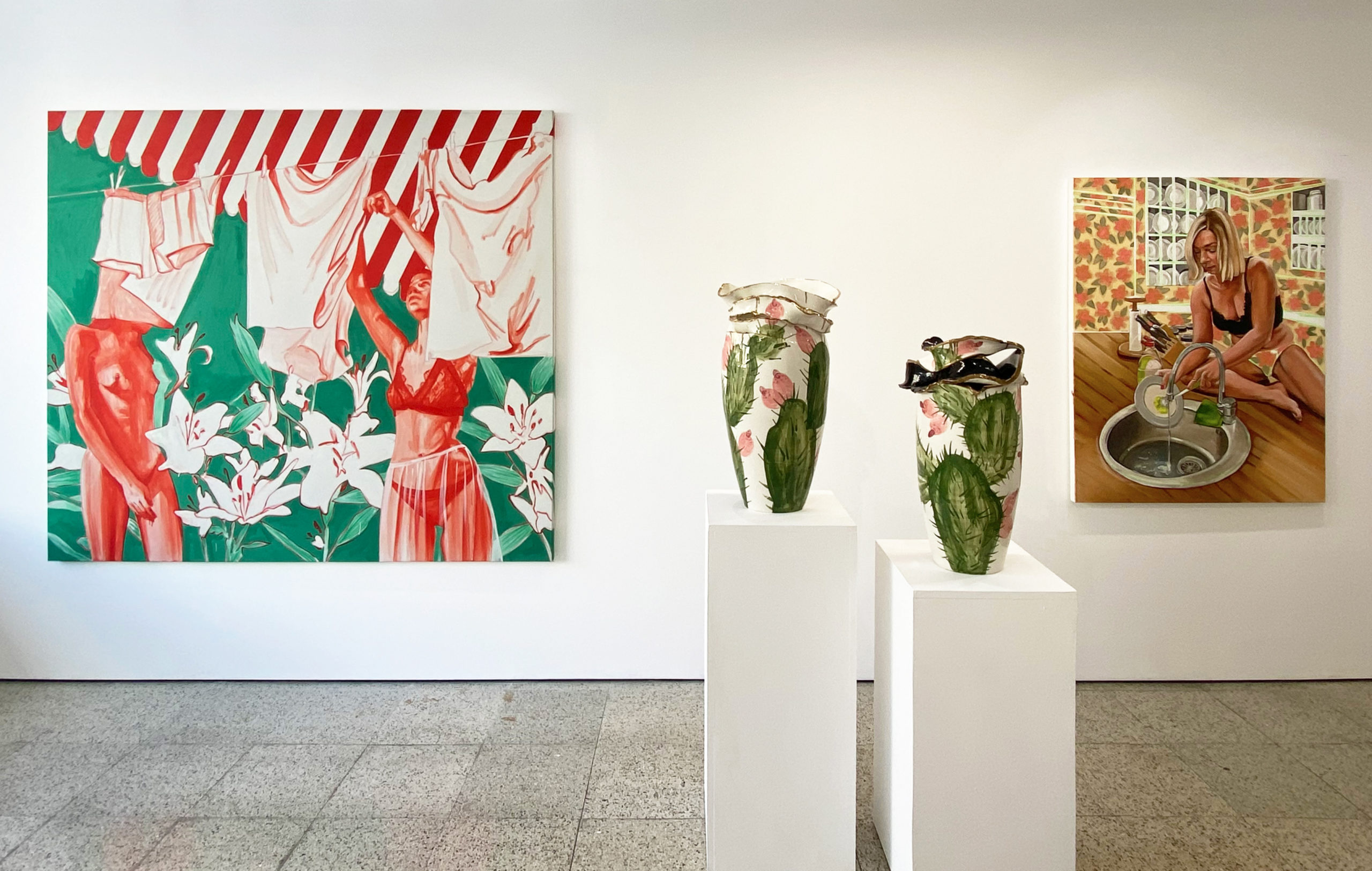 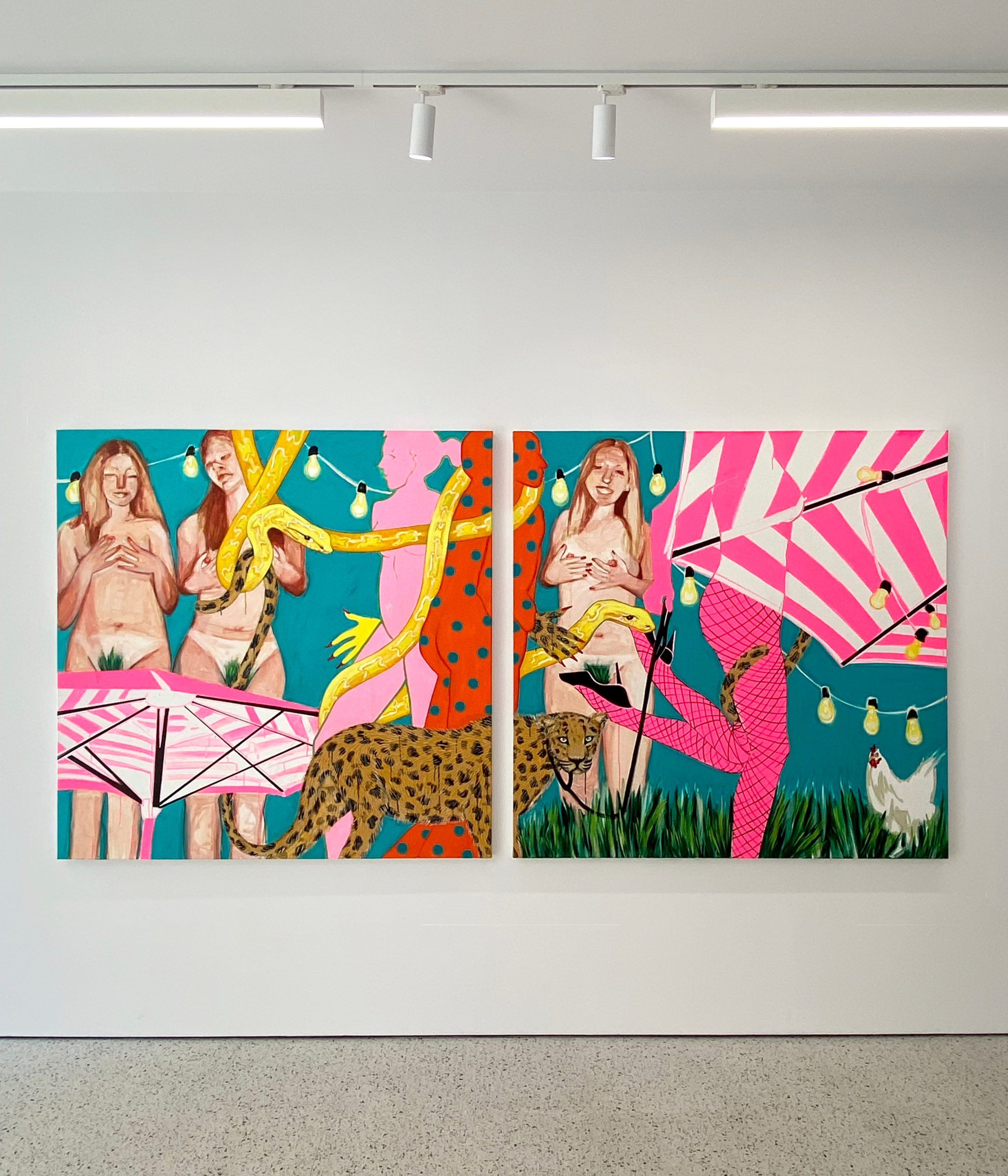 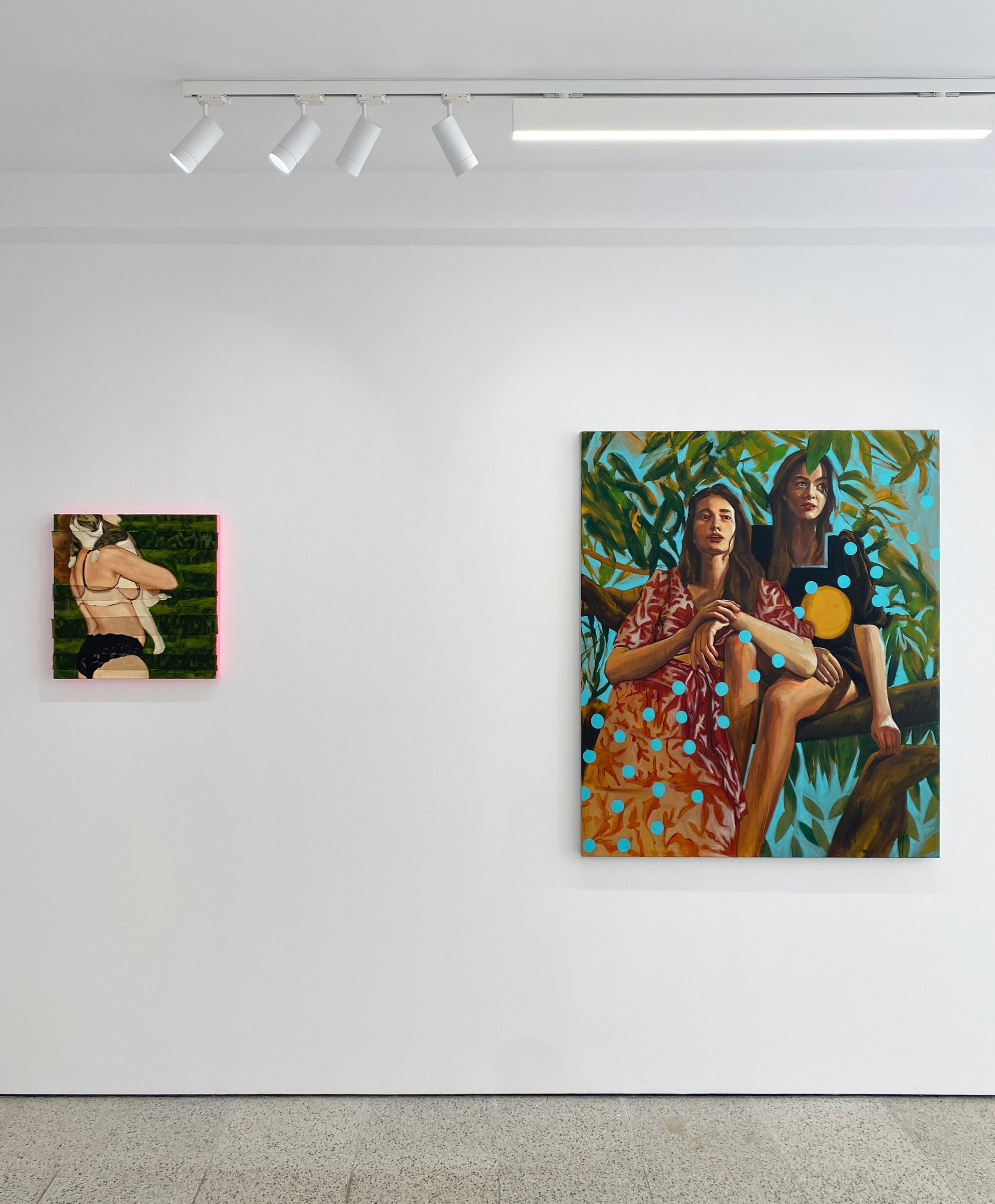 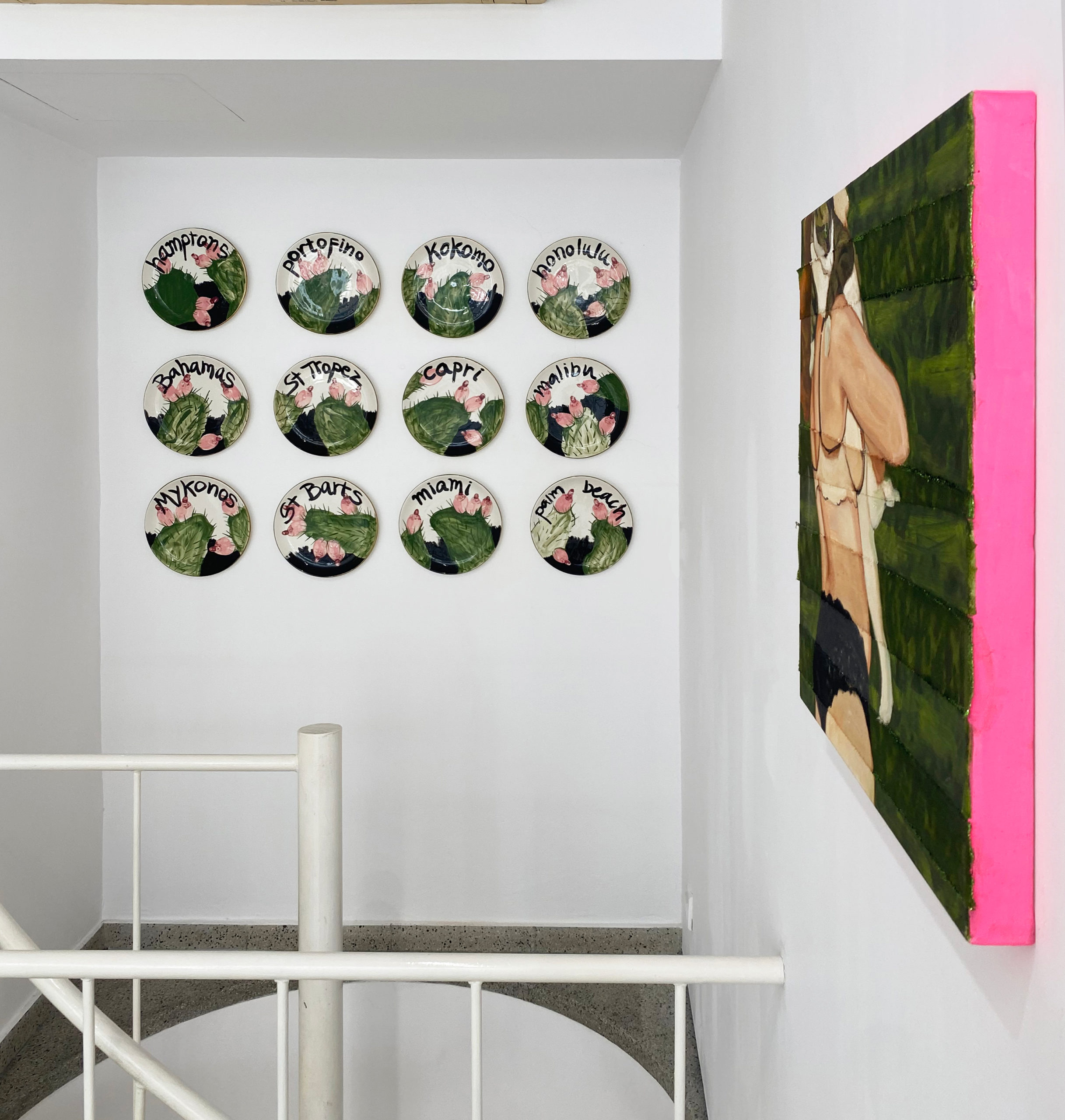 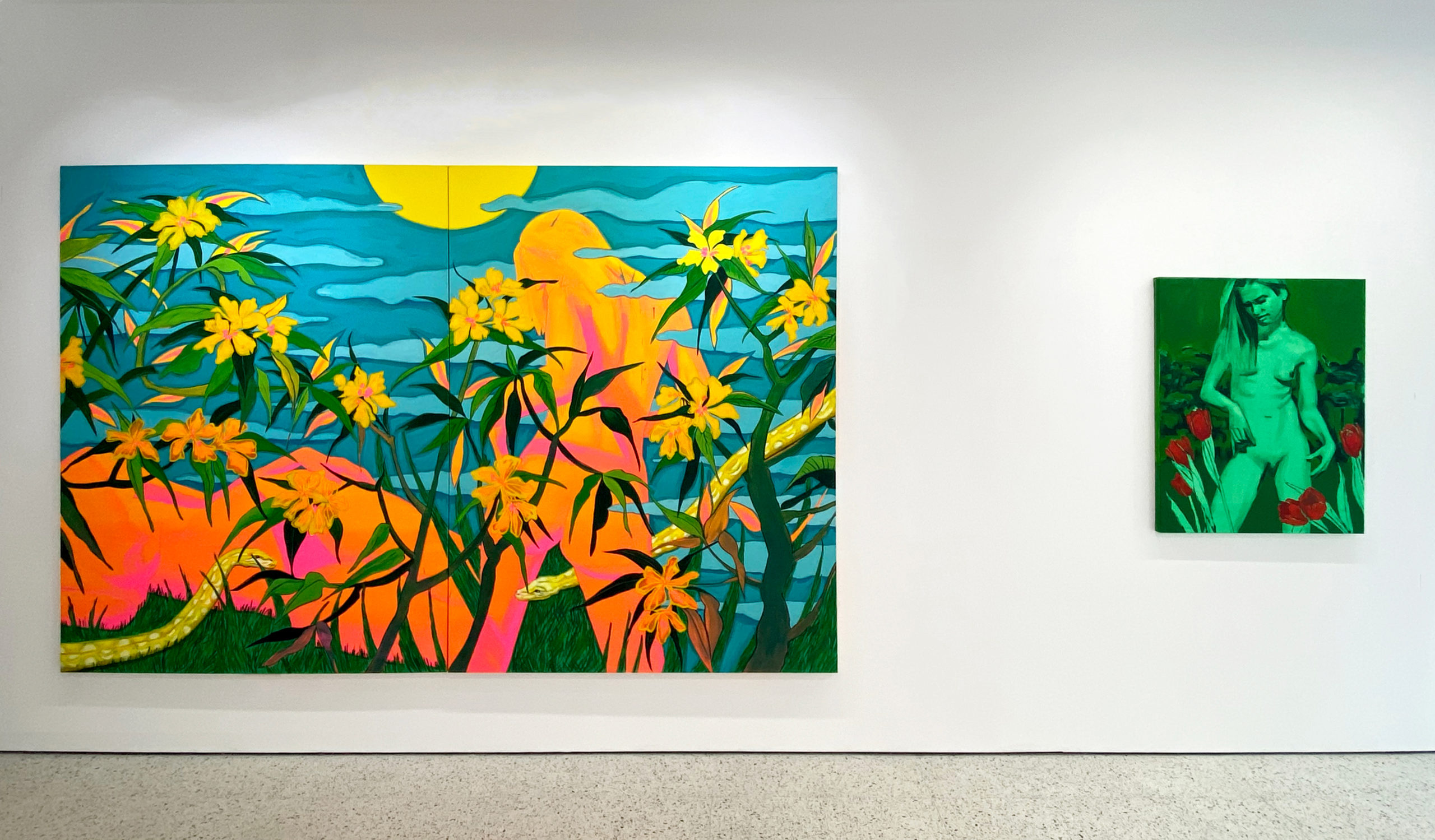 Stella Kapezanou was born in Athens, Greece. She received her ΜFA from the Athens School of Fine Arts (ASFA) where she was awarded an honorary scholarship by the State Scholarships Foundation (IKY). With the support of Motor oil Hellas scholarship, received her MA in Fine Arts from Chelsea College of Arts, London, where she was awarded The Frank Bowling Scholarship. She is the recipient of The Clyde & Co Emerging Star Award 2017, The Cass Art Prize 2018, and a finalist for The Solo Show Award 2017, The Rise Art Prize 2018, and The ACS Studio Prize 2018.

She has exhibited her work both in Greece and internationally.